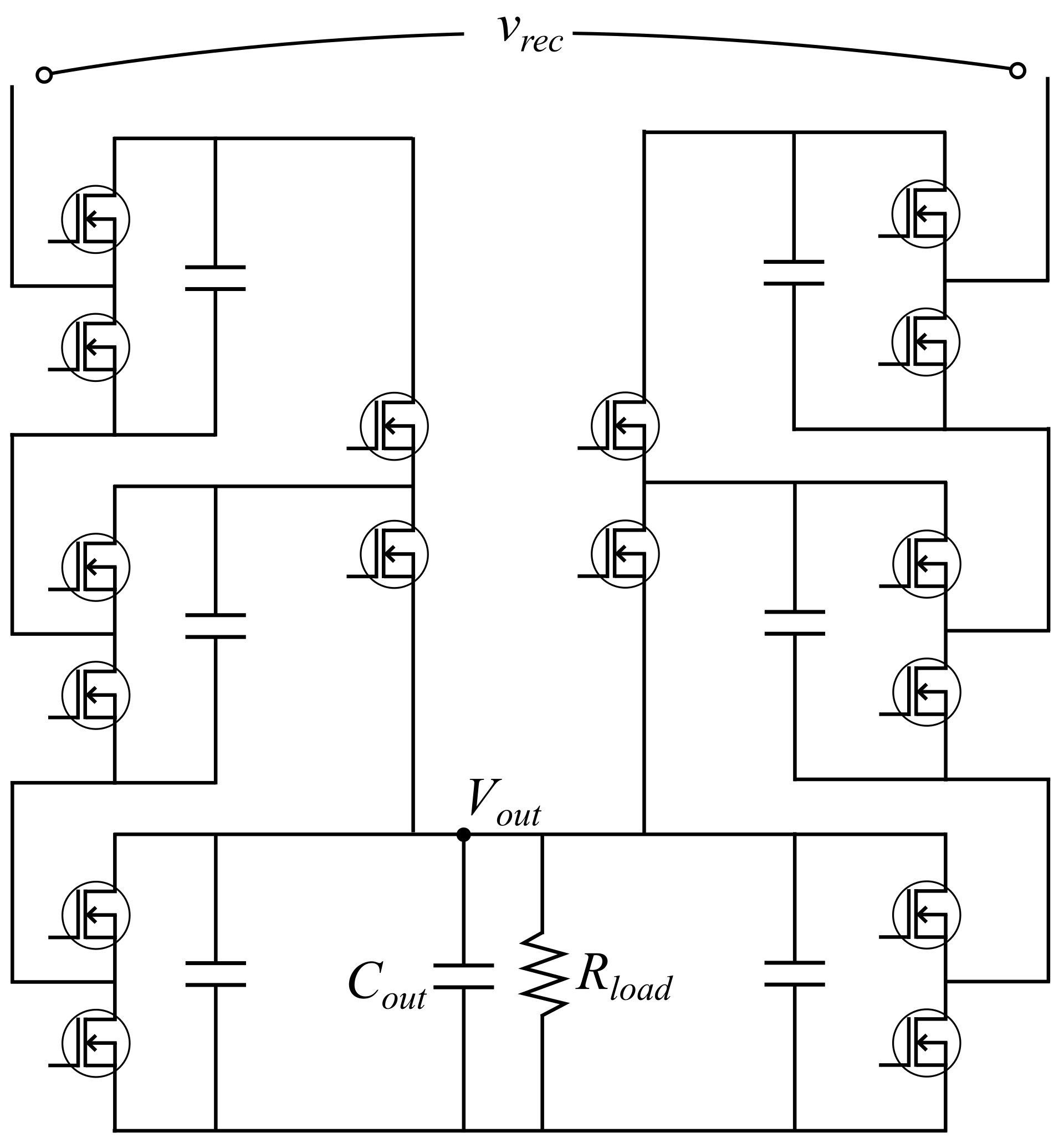 The 7-level switched capacitor rectifier (MSC) is a step forward for wireless power systems. The benefits of such a system include: combination of conversion stages, elimination of bulky inductances, reduction of WPT coil currents, and additional real-time tuning capabilities to compensate for misalignments. However, these benefits come with challenges. Any active rectifier must be able to synchronize its frequency with the carrier frequency of the WPT system. In addition, the proposed circuit aims to regulate the output load via its control actions. Each of these issues is a control problem. Solving this simultaneous dual-loop control problem is the current focus of the MSC research. State space descriptions and a sampled time steady state are derived for any operating point. Discrete time small signal models are then built by leveraging the steady state solutions. These discrete time models are used to characterize the plant for either control loop. With the plant characterized, the output regulation and frequency synchronization feedback circuits can be individually designed and analyzed. The current state of the research involves verifying the design process of the individual control loops and analyzing the interactions of the loops when the two are run simultaneously. Final design for simultaneous dual-loop control is upcoming and will propel the research forward immensely. This will be a large step toward enabling advanced synchronous rectification to be deployed into market-ready consumer devices.

In mobile electronics applications, miniaturization of the power stage is important due the minimal available volume inside the mobile receiver . As such, a state-of-the-art implementation targets silicon integrated circuits, using low-voltage, 5-12V, transistors. Discrete implementations are not suitable in the application due to the significant additional area needed for packaging and interconnection. In the future, as GaN ASIC technologies become commercially available, WBG IC could allow operation at higher voltages, power levels, and switching frequencies, which would allow reduction in both coil-to-coil losses and power stage losses in the 7-level MSC.