The earliest EVs were invented in the 1830s, and obtained broad market share in the late 19th century, representing 38% of all vehicles on the road in 1900. Due to advances in internal combustion engines, EVs completely disappeared from the market by 1935. In the 1990s, GM's EV-1, and later the Toyota Prius - the first commercial hybrid electric vehicle (HEV) - catalyzed renewed interest in electric propulsion technologies. As of 2014, more than 665,000 EVs had been purchased worldwide.

Above the road, air- and space-craft are becoming increasingly electrified. Electronic actuators are gradually replacing the traditional pneumatic systems on commercial aircraft. Over the next two decades NASA Roadmaps hope to transition commercial aircraft to hybrid electric propulsion to reduce the nearly 8.5 billion gallons of fuel[1] used by US commercial flights in 2015. 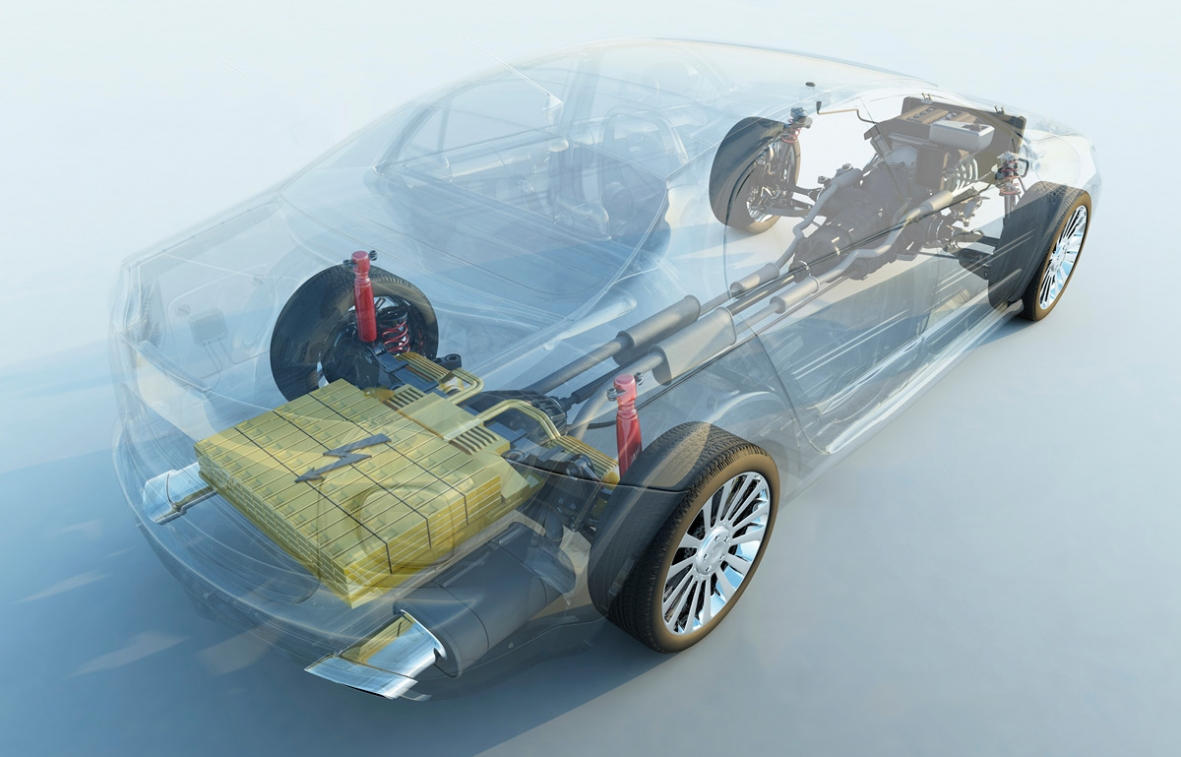 Power electronics constitute the heart of the electric vehicle powertrain, converting and controlling energy flow between the battery and electric motor. In many vehicles, a DC/DC converter is connected to the battery to boost from the 200-400 Vdc battery voltage to a higher, 600 Vdc bus. Doing so decouples the design of the battery from the motor and increases the efficiency of the motor at high power. Following this DC/DC, or directly from the battery if it is omitted, is an inverter. The inverter converts from DC to AC voltages, and regulates the currents driving the motor to the control speed and torque produced. In most vehicles, the inverter is a three-phase voltage-source inverter (VSI) rated for anywhere from 20 kW in hybrid vehicles to 150 kW in high performance EVs. Both the DC/DC and inverter are capable of both forward (traction) operation and reverse (regenerative) power flow. Today, most of these converters use silicon IGBTs, as the most cost-effective solution for high current, high power converters.

In plugin hybrid and pure electric vehicles, a separate converter is used to control battery charging when the vehicle is parked. These chargers may be on-board or off-board, and vary in power level from 1 kW to 100 kW, with the latter resulting in full charging times of less than one hour, and the former suitable for overnight recharging. Chargers convert AC voltage from the power grid to DC voltage or current to charge the battery. Typically, a two-stage structure is used, with an AC/DC rectifier managing power factor correction (PFC) which ensures that the converter does not distort the AC grid voltage, and a cascaded DC/DC stage which controls how power is delivered to the battery to ensure fast charging without degrading the battery.

Beyond the powertrain, relatively low-power conversion is present throughout the vehicle. Each of the on-board electronic controllers and actuators requires its own supply, with power derived from the high voltage battery and/or low-voltage (commonly 12V lead acid) battery. 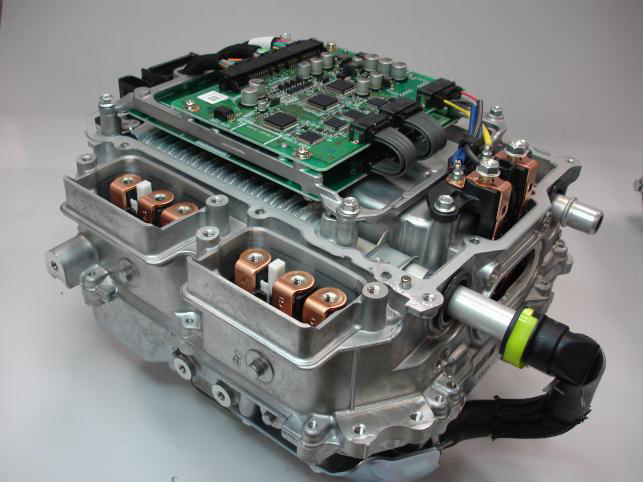 As shown in the HEV diagram above, power electronics and energy storage take up considerable space on board modern EVs. Further, they contribute significant weight to the vehicle, increasing the amount of energy required to accelerate. The inverter, on-board charger, and additional power electronics and controls for the 2013 Camry, shown at right, weigh over 70 pounds and occupy a combined volume of over 23 liters. In addition to these components, additional cooling systems are needed to prevent overheating of the power converters.

Because of their improved material characteristics, WBG devices can help to reduce the size and weight of the power conversion stages while maintaining or increasing their efficiency. In the case of the on-board charger, WBG devices can enable higher switching frequencies, which will reduce the sizes of passive components. In the case of the motor driver inverter, the motor itself will dictate the switching ripple, and therefore a higher switching frequency will not result in the same benefits. However, WBG may be able to enable new motor designs which result in an overall smaller and more efficient electric drive system.

Further, WBG materials, and SiC in particular, have much higher thermal conductivity and better high temperature performance than silicon. This characteristic can be leveraged to reduce or eliminate dedicated cooling loops for the vehicle power electronics, resulting in cascaded benefits to vehicle size, weight, and cost.